Today i would like to talk about super model CARA DELEVINGNE, I love her… She’s naturally beautiful and charming, she looks cool and funny, she’s a big party lover…. that’s all what i need to love her!!! Cara is a 22 years old english fashion model, actress and singer, born in London in 1992, she signed with Storm Model Management, after leaving school in 2009, being spotted by Sarah Doukas, the fouder of Storm, who previously discovered Kate Moss.

In 2012 and 2014 she won the “Model of the Year” award at the British Fashion Awards and she strat to work for big fashion brand as Burberry, Mulberry, Dolce & Gabbana, Givenchy, Balmain, YSL, Tom Ford, Chanel, Zara, DKNY …….

She started her acting career with a minor role in the film adaptiation of Anna Karenina and in a couple of others.  This beautiful girl began a modelling at age ten in an editorial shot for Vogue Italia.

Delevingne first catwalk appearance was at 2011 London Fashion Week, stepping out in the Burberry collection and she’s currently the face of Burberry’s beauty campaign.

Cara has graced to covers of Vogue UK Thrice including a supplement cover in 2011 Vogue Korea, Brasil, Australia, Japan, Portugal…., she was a model in 2012 and 2013 of Victoria’s Secret fashion show and she is also the face of Chanel’s Resort 2013 campaign; In January 2015 she began the new face of Yves Saint Laurent Beauté. 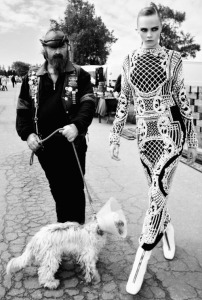 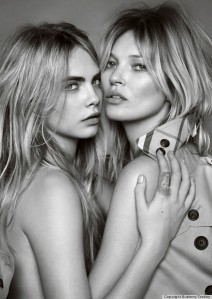 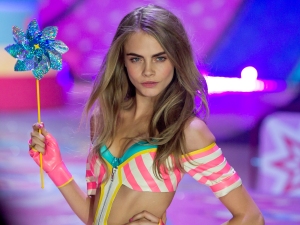 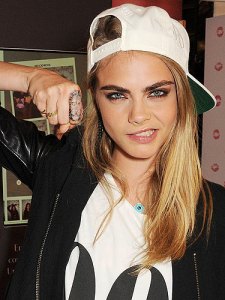