First victory of the season with Casall Ask! Congratulations to RGB and his stunning stallion Casall Ask, they’ve been racing against the clock to come home in 34.91 sec, right before John Whitaker (GBR) and his beautiful stallion Argento, they took the second place and the third place it is for Simon Delestre (FRA) and an other beautiful stallion Qlassic Bois Margot. 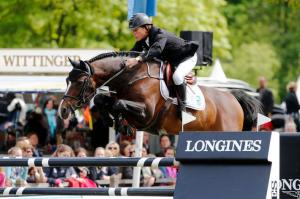 Last rider of Jump off it was Scott Brash, he was within the time and the crowd held their breath as he took a really tight turn with his gelding Hello Sanctos but unfortunately he clipped the final fence, finishing in sixth place.